Donna Sensei starting training in 2002 and teaching Aikido in 2007. Since 2018 she leads our weekly Yoga practice.  Donna is an experienced middle school teacher and was influential in designing our youth specials class curricula. Donna was the first woman to earn a black belt at our dojo.

Donna was surrounded by Aikido before she ever began training and says she was able to witness firsthand how Aikido not only inspires people to live better lives but also strengthens community. She says what she loves most about Aikido is that the community of Aikidoists (and especially those associated with AIF) spans the globe.

“I walked into the dojo one day to find an Aikidoist we’d met in Germany just popping in for a visit; it’s incredible how Aikido connects people across so many lines of difference!”

Aikido’s non-competitive nature, Donna believes, creates an environment where teachers and practitioners can really give all of themselves to each other in training. Knowledge can be imparted without any fear that this or that person will outdo another. “We can give fully of ourselves to each other because we know that Aikido is about service, bringing the whole world forward.” “This for me is what makes Aikido so joyful. When O-Sensei said ‘train joyfully’ … it’s just not hard.” 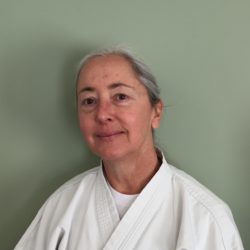 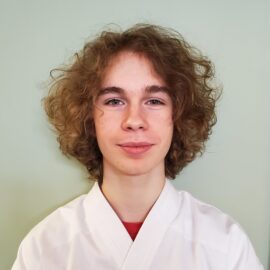